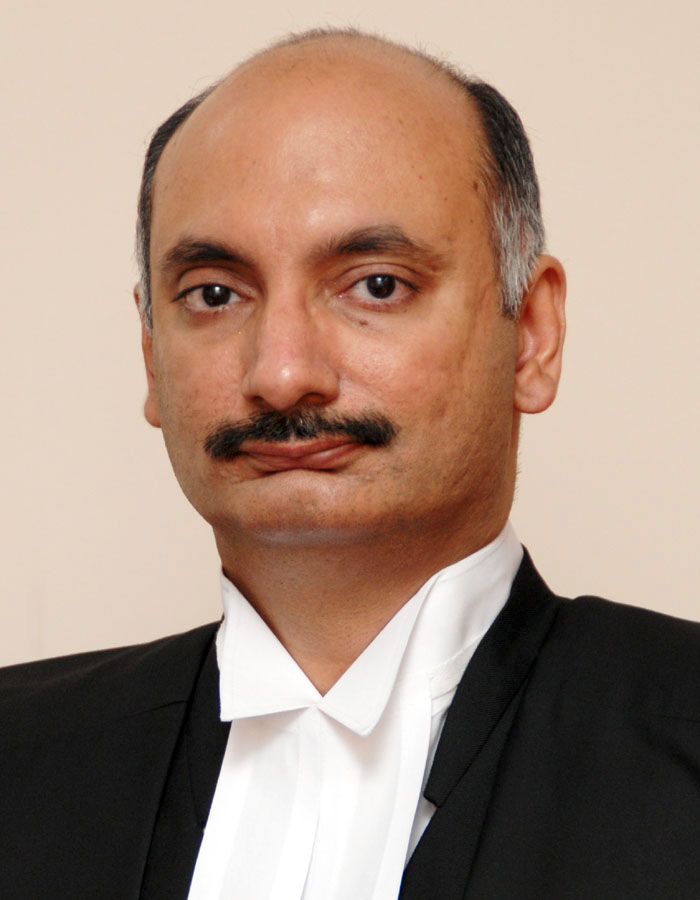 He was born on 7-8-1966 at Hyderabad. He studied SSC in St.Paul's High School, Hyderabad, Intermediate course from Little Flower College and B.Sc(Hons) (Mathematics) from Bhavan's New Science College, Osmania University. He stood first in the University in B.Sc. (Hons) Mathematics course.

He enrolled as an Advocate on 7-9-1989. He secured LL.M from the University of Cambridge, U.K. in 1991. He was awarded the Cambridge Common Wealth Scholarship and the Bank of Credit and Commerce International Scholarship for study of the LL.M Course at the Cambridge University, U.K. He was also awarded the Pegasus Scholarship by the Pegasus Scholarship Trust, Inner Temple, London headed by Lord Goff of Chievely, a Judicial Member of the House of Lords. Under this Scholarship, he was provided training in the Brick Court Chambers, Middle Temple, London and in Clifford Chance, a multinational Solicitor's firm, London.

As advocate, he was counsel for Insurance Regulatory & Development Authority, State Bank of India, State Bank of Hyderabad, District Cooperative Central Bank, Power Grid Corporation of India Ltd., A.P. State Financial Corporation, the Institute of Public Enterprise and the Securities and Exchange Board of India and several companies and financial institutions.

He was also appointed by the State Government of Andhra Pradesh as a Special Government Pleader in the High Court to deal with Urban Land Ceiling Matters. He had practiced law in the areas of Civil Law, Arbitration, Company Law, Administrative and Constitutional Law, Labour and Service law.